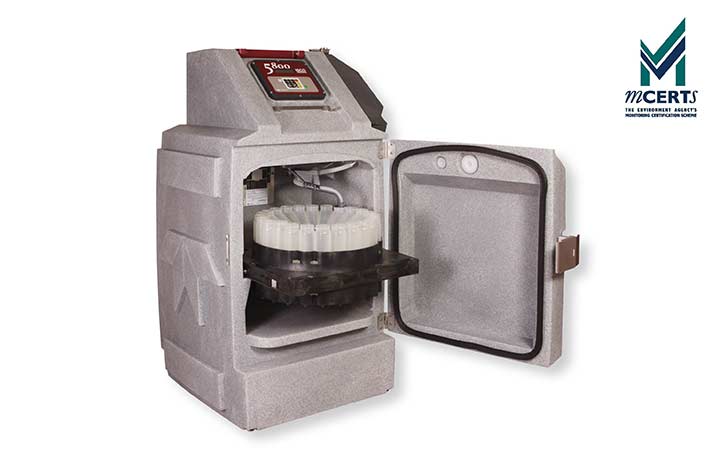 RS Hydro are delighted to introduce the latest addition to the refrigerated range of Teledyne ISCO samplers. The 5800 sampler has been available in the UK since December 2012 and it has been confirmed will go through the MCERTS accreditation at the end of March 2013.

The 5800 sampler has replaced and expanded upon the modular concept that was used with the Isco 4700 Refrigerated Sampler. With user-friendly controls and an identical control panel to the 4700, there will be little difficulty adapting to this new sampler. The Isco 5800 Refrigerated Sampler has incorporated features found on the 6712FR sampler, such as extended program stores and features, similar corrosive resistance cabinet ratings and more robust temperature sensors and refrigeration components. Other new items and features on the 5800 include: handles moulded into the body for easy installation; display with flash indicating error or alarm; store and recall up to 4 programs; dryer added to refrigeration for extended life and the ability to view & download 24-hour sample and temperature logs.

The 4700 sampler is still available for a limited time in the UK until the 5800 has been awarded MCERTS. Spare parts will be available for the foreseeable future.

We are currently running competitive package offers for the new ISCO 5800 sampler, which include a bottle configuration, suction line & strainer and multipurpose cable. We are also running the package offer for the portable non-refrigerated 3700 sampler.

To read more about the 5800 Refrigerated Sampler click here.