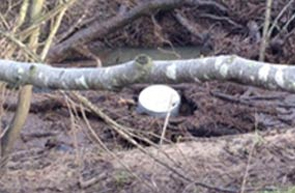 Several Teledyne ISCO Automatic Water Samplers were swept away on swollen burns in the recent Northumberland floods but it's no surprise to the thousands of users they survived even when carried over 500 metres downstream.

Catchment Advisors from Northumbrian Water Group were amazed to firstly find the samplers; and secondly that the samplers would still operate, after one was upturned and wedged in a wreckage of fallen trees, silt and debris. One of the advisors rated the sampler's odds of survival as 'not a chance' before plucking the sampler out of the Thirston Burn flood debris. Another sampler within the Harwood Forest catchment had been fastened and secured onto a nearby tree, yet this formed little protection against the flood waters and surges of Storm Desmond, which swept the sampler approximately 500 m from original location, again resulting in no physical damage and once the battery was re-connected it operated normally.

The samplers are being used as part of Northumbrian Water Group's Pesti-Wise programme. Pesti-Wise is a 5 year programme aiming to deliver a measurable improvement in the quality of water in streams and rivers from which water is abstracted and treated for drinking. The Programme covers several small catchments, in the Northumberland, Essex, Suffolk and Norfolk operating areas with the focus of activities locally depending on the key agricultural chemicals posing a risk in each catchment. The Pesti-Wise Programme is about working closely with growers and their agronomists in the pilot catchments to deliver practical guidance/training; on-farm solutions; and access to grants for new equipment and on-farm infrastructure that help minimise pesticide run off from fields and farm yards, and supporting sustainable agriculture.

In the three Northumberland catchments the key chemical to be sampled and monitored is metaldehyde (the active ingredient in slug pellets) with arable herbicides, particularly clopyralid and propyzamide also being monitored in two of the catchments.

It is vital to reduce the pesticide levels in water abstracted to produce drinking water, as they can be difficult and expensive to remove. Northumbrian Water Group has a legal obligation to meet the stringent standards for drinking water quality set out in European and UK law. During the next 5 years the Teledyne ISCO 3700 automatic water samplers will be located at the downstream point of the Pesti-Wise programme catchments to measure any improvements in water quality.

It is not the first time that flooding incidents have happened and they are becoming more regular. Climate change associated flooding is causing new challenges to the environmental monitoring industry across the UK and overseas, however, it's good to know the equipment we are currently using is holding up to these challenging climatic times.